Showing posts from 2013
Show All

It Should Be Pretty Obvious What This Post Is About 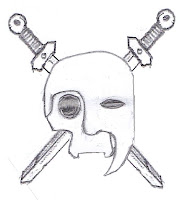 I knew it had to happen eventually. I've burned out. The world is advancing and I can't keep up. Therefore, I think I'm going to retire from blogging for a while. I can't really say much more than that.

I think I properly realised this when the new Daemons book came out. I just don't have the time or motivation I used to for little plastic men. Haven't even thought about lifting a brush for a month now. Even though I do properly like the new plastic Heralds.

Maybe I'll recover at some point, maybe not. Either way, thanks to the four of you still sticking with me. I'll still be keeping the channel going, so maybe I'll get some actual 40k content up at some point. Heck, if I'm feeling especially generous I'll let you hear my real self's stand-up routines. But that's not too likely.

I'll be taking my leave now. I may be some time.
4 comments
Read more 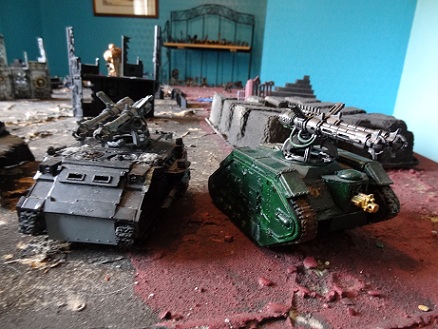 As you are doubtless unaware, I sometimes spend stupid amounts of time trying to answer an unanswerable question regarding points. By this point, I've pretty much given up doing so for infantry. But the vehicle one worked OK. Unfortunately, GW has decided it doesn't like me, so threw in an extra new variable. Hull Points. And a new type, Flyer. Question is, does this mean I've completely lost Bryss' Improvised Points Theory? Let's find out.

An Idea or Several

Now, this may amount to nothing, this is purely recon work, but I wish to raise an idea with you all. A few months ago, I found the forum game known as Zoofights, a bloody awesome concept in which genetically surgeoneered animals (usually a hybrid abomination with weapons and big muscly arms) fight each other to the death, with the victor being calculated by putting audience votes into some kind of equation or other and doing hard stuff and finding out who won. The battle is then consequently written up.

Oh, and did I mention the competitors are then modified EVEN MORE after each round so that the finalists barely resemble their original incarnation? Now, I looked at this and wondered "Why on earth wouldn't this work in 40k? Jump. 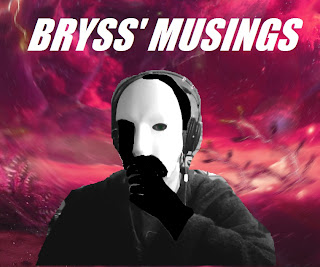 As you are doubtless aware, the new Dark Angels book is out. You may also remember I highly considered switching to the new book when it came out. With news of cheaper Librarians and more flexible Tactical Squads, among other things in game sense this seems like a Good Move. My Marine collection is extensive enough that I don't really need new models, either. However, this would now involve buying a £30 Codex. And that's really £10 more than I want to spend. Even considering it would be one of the least expensive reference documents I have bought in a while. Jump.

The Last of The Cultists 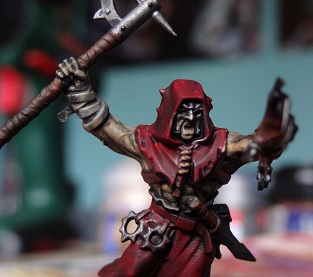 To round off the month of January, here are the remaining 5 Cultists what I did, in full 2D, with some silly trivia to round it off. 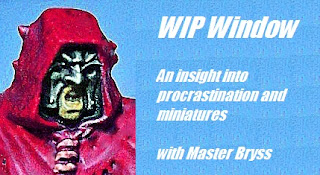 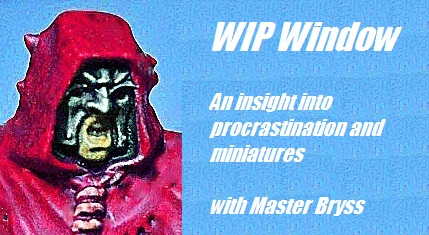 I love that image, I really do. Even if the eyes are wonky. Anway, I have Leather-Masked Flail Dudes for your appreciation and/or derision today!
Post a Comment
Read more

Ruthless Mini: What Is the Bare Minimum Legal Army, Anyway?

Here's a small curio. Using the Codices I own, and therefore the only ones I care about, what IS the bare mininum legal cost of an army? Let's find out, shall we?

Heehee, playing with Photoshop. I have it now. He's the third Cultist I painted originally, and now he's a painting. The other two Cultists I painted are after the literal and metaphorical jump. I shall present the ones I have done already in pairs. 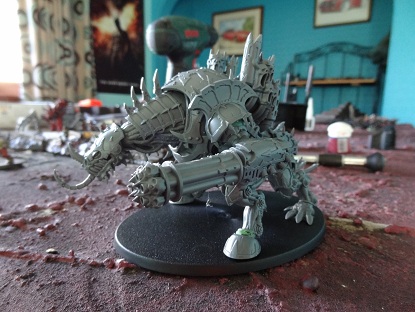 As you know, I sorta vanished over the month of December to go find some new content. And go do my Magnetised Forgefiend-Maulerfiend Thing. And lo and behold, I finally found the time to start doing the main body of work on this attractive yet repulsive (owch, that's a pun-ishing blow) fellow. I built all the various sub-assemblies back in late autumn when the kit came out, but only now have I managed to put in all the work. Was it worth it? Jump cut. 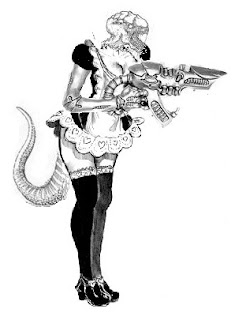 Oh, and I finally got round to adding a search thing, mainly for my own benefit but maybe you'll get some use out of the thing. I guess I owe you an explanation. But first, jump cut. 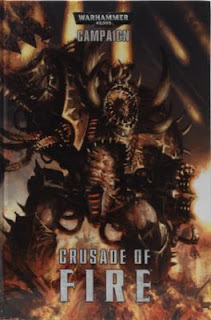 Last time, I had a look at dogfights. Planes, not canines, you sick person, you. This time, I have a look at even more Flyer stuff, Daemon Worlds and Arena of Death. Onwards!

As you know, I've been gone for a bit. Apparently, this happened when I wasn't looking. Or perhaps it just wasn't given a massive fanfare while I was here, I'll never know. Either way, GMW has released a new campaign book, which, for those who don't remember the old ones (myself included) is a book that contains a campaign. To alienate you further, this one is for use with the Planetary Empires expansion, which again you may not be aware exists due to the lack of fanfare.

Thankfully for you then, GW has included a shedload of enticing tidbits within the book to lure you in. And those things are what this article is mainly going to be on. Because if you're going to entice people with tidbits they'd better be bloody good tidbits. Especially since this book costs £25, approximately half the cost of your average university textbook. Jump cut.

Bryss' Musings: What On Earth Are These For? 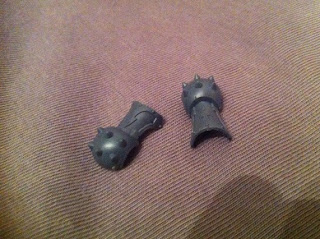 It shouldn't surprise you that I'm reinstating the closest thing I have to an opinion column around here. However, today I have a genuinely vexing question for you, the object of which you see above this text. Also, this post contains MIDGET FIREARMS. Details after the jump. 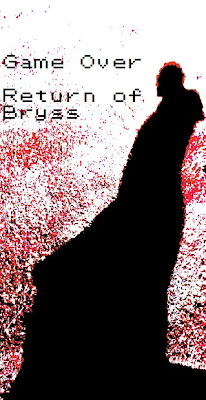 I trust everyone is still alive? Good. Then we'll start.

Good morning internet, I'm Master Bryss, your glorious anatidine leader. Through much pain, sorrow and anguish (and about 32 sacrificed llamas of varying colours), I have returned from the dead zone.

As ever, I have singularly failed to do anything worthwhile with my downtime. However, it isn't a total loss. I painted THREE WHOLE CULTISTS, and did 75% of the work on 8 more. I gave the Helbrute its first coat of red. But that's not what you want to know. What you want to know is what I've done with Project Magnet Fiend, isn't it? Well, why don't you jump over this ledge and find out?